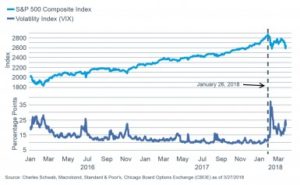 Over the course of the past 3 months, the S&P 500 experienced 6 trading days of +/-2% moves, juxtaposed to 2017 when we saw zero such moves, which has resulted in a bumpier ride for equity investors. But has the ride for stocks been particularly bumpy this year? The reality is that daily moves of 2% or greater up or down are not all that uncommon. Since 1980, U.S. equities have averaged 15 such occurrences a year, with years of above-average incidents tending to be clustered together.

It is reasonable to expect significant daily moves to continue from time to time this year, as investors debate the effects of higher interest rates, the direction of inflation, the impact of fiscal stimulus, the evolution of trade tensions and the timing of the next recession. Clearly, there is more to consider and digest this year compared to last year, with risks to the outlook now to both the upside and the downside. However, while the market may swing meaningfully from one day to the next, investors should be careful not to overreact to new information one way or the other.

2% daily moves are not all that uncommon
Number of daily moves greater than 2% up or down, S&P 500 price index 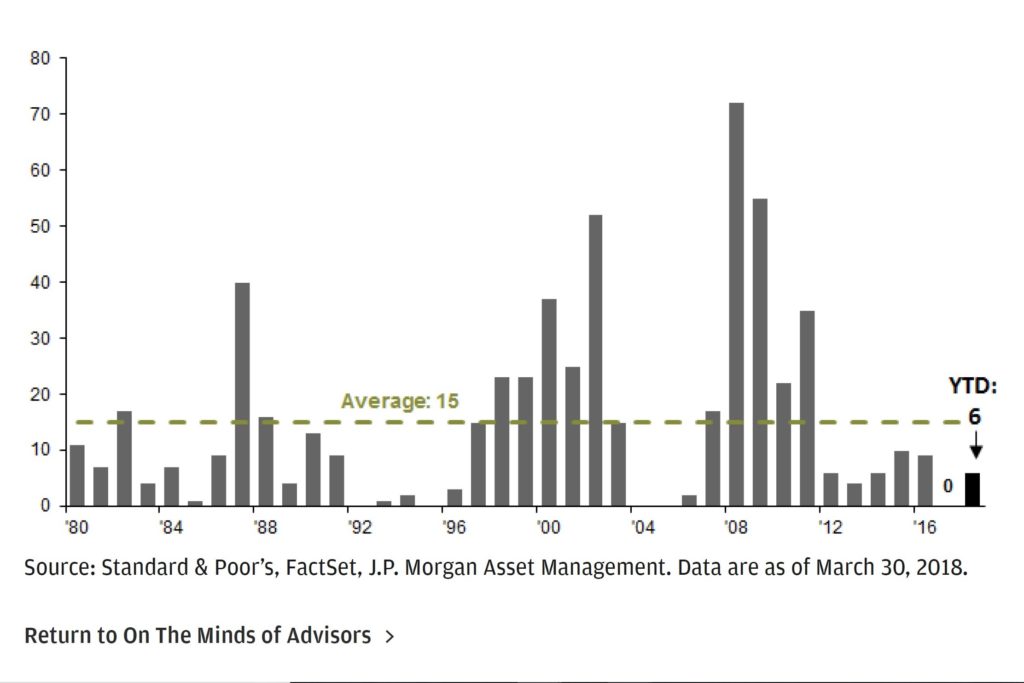 Blah Blah Blah…. So What?

Sharp moves and stocks continuing to flirt with correction territory have been the hallmarks of the market lately. This probably isn’t the start of a bear market, but it doesn’t “feel” like a bull market right now. The current trend is missing conviction as the jittery stock market hops up and down. But that behavior isn’t unusual after a pullback. In fact, based solely on prices, it’s too soon to tell if this is a cyclical/non-recession bear market or just a bull market correction. In either case, stocks tend to bounce around before re-establishing a trend. We expect this to continue to be the case as there are still a variety of factors affecting the markets; including worries over global trade and the potential for increased regulation in the tech sector, balanced by the confidence seen in robust M&A activity and expectations for double-digit earnings growth for the first quarter.

While unnerving at times, we continue to believe the economic and earnings environment should support a continuation of the bull market, albeit with more volatility, some elevated risks, and bumpy charts in the near term. We continue to espouse the benefits of periodic and disciplined rebalancing to take advantage of this volatility, along with reasonably long time horizons.