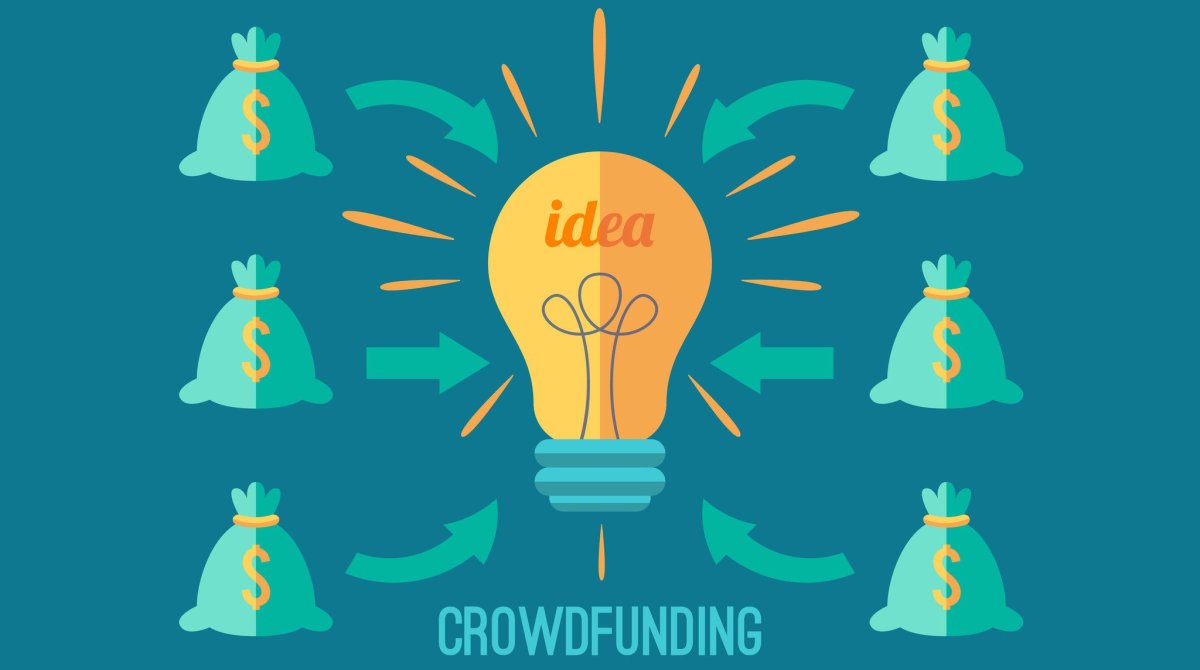 Crowdfunding websites such as Kickstarter, GoFundMe, Indiegogo, and Lending Club have become increasingly popular for both individual fundraising and small business owners looking for start-up capital or funding for creative ventures. The upside is that it’s often possible to raise the cash you need but the downside is that the IRS considers that money taxable income. Here’s what you need to know.

Crowdfunding is the practice of funding a project by gathering online contributions from a large group of backers. Crowdfunding was initially used by musicians, filmmakers, and other creative types to raise small sums of money for projects that were unlikely to turn a profit. Now it is used to fund a variety of projects, events, and products and in some cases, has become an alternative to venture capital.

This is where it can get tricky. As the agent, or person who set up the crowdfunding account, the money goes directly to you; however, you may or may not be the beneficiary of the funds. If you are both the agent and the beneficiary you would be responsible for reporting this income. If you are acting as “the agent”, and establish that you are indeed, acting as an agent for a beneficiary who is not yourself, the funds will be taxable to the beneficiary when paid–not to you, the agent. An easy way to circumvent this issue is to make sure when you are setting up a crowdfunding account such as GoFundMe you clearly designate whether you are setting up the campaign for yourself or someone else.

Again, as noted above, as the beneficiary, all income you receive, regardless of the source, is considered taxable income in the eyes of the IRS–including crowdfunding dollars. However, money donated or pledged without receiving something in return may be considered a “gift.” As such the recipient does not pay any tax. Up to $15,000 per year per recipient may be given by the “gift giver.”

Let’s look at an example of reward-based crowdfunding. Say you develop a prototype for a product that looks promising. You run a Kickstarter campaign to raise additional funding, setting a goal of $15,000 and offer a small gift in the form of a t-shirt, cup with a logo or a bumper sticker to your donors. Your campaign is more successful than you anticipated it would be and you raise $35,000–more than twice your goal.

Taxable sale. Because you offered something (a gift or reward) in return for a payment pledge it is considered a sale. As such, it may be subject to sales and use tax.

Generally, crowdfunding revenues are included in income as long as they are not:

– Loans that must be repaid;
– Capital contributed to an entity in exchange for an equity interest in the entity; or
– Gifts made out of detached generosity and without any “quid pro quo.” However, a voluntary transfer without a “quid pro quo” isn’t necessarily a gift for federal income tax purposes.

Income offset by business expenses. You may not owe taxes however, if your crowdfunding campaign is deemed a trade or active business (and not a hobby) your business expenses may offset your tax liability.

Factors affecting which expenses could be deductible against crowdfunding income include whether the business is a start-up and which accounting method (cash vs. accrual) you use for your funds. For example, if your business is a startup you may qualify for additional tax benefits such as deducting startup costs or applying part or all of the research and development credit against payroll tax liability instead of income tax liability.

How do I Report Funds on my Tax Return?

Form 1099-K includes the gross amount of all reportable payment transactions and is sent to the taxpayer by January 31 if payments were received in the prior calendar year. Include the amount found on your Form 1099-K when figuring your income on your tax return, generally, Schedule C, Profit or Loss from Business for most small business owners.

Again, tax law is not clear on this when it comes to crowdfunding donations. Some third-party payment processors may deem these donations as gifts and do not issue a 1099-K. This is why it is important to keep good records of transactions relating to your crowdfunding campaign including a screenshot of the crowdfunding campaign (it could be several years before the IRS â€œcatches upâ€) and documentation of any money transfers.

If you’re thinking of crowdfunding to raise money for your small business or startup or for a personal cause, consult a tax and accounting professional first. Don’t make the mistake of using all of your crowdfunding dollars on your project and then discovering you owe tax and have no money with which to pay it.